“Am I throwing too many things away?”

This is a question you have to take seriously because it is possible to get in a rhythm of throwing things away without thinking. That is especially possible in moments when you are feeling overwhelmed and repelled by the amount of clutter you face.

Yet the worry about throwing too much away and keeping too little also comes up in the most ludicrous moments. You could have 4 tons of magazines, 24,000 hours of reading material, yet still look at the bagful of magazines you are putting in paper recycling and ask, “Am I throwing too many away?” Or you could have 11 cars, and after you sell one of them, you might look at the cars that remain and ask, “Will I have to walk if my ten cars all break down at once?” Along the same lines, you might look at your clutter midway through the March of Trash, after throwing away maybe a few dozen items from your thousands of unused possessions, and wonder whether you are already going too far.

If you’ve read chapter 1 of the book Fear of Nothing, you’ll recognize the source of this reaction. It’s the fear of nothing — the same primal fear that is behind clutter in the first place. When you start to reduce anything — even your excess body fat — this fear can pop up and make you hallucinate that in a few more moments, there will be nothing left. Rationally, if you take a step back, you can see that there is no chance that everything will disappear anytime soon.

While you don’t want to let fear stop you from working on your problems, including clutter, you must also recognize that emotions like fear can interfere with good decision-making. The most basic way to avoid making bad decisions when you push ahead in spite of the fear is to focus on the worst stuff you have, the things you own that are obviously below the standards of most of the other things you own. In this realm, when you make the occasional misjudgement, it won’t have any memorable consequence. There is another trick you can use, though, which I have mentioned many times before, which is to put things in boxes and set them aside for a period of time, maybe just till tomorrow, but maybe a year or two.

This is what I did two years ago when I decided to thin my music CD collection. A music fan cannot constructively listen to more than a few hundred albums in any given year, and my collection had expanded toward 2,000. I knew I had too many, yet sometimes it was hard to be sure which ones I could safely give away. The ones I experienced the most doubt about I put in boxes in the attic. When I returned to that stash two years later, on Saturday, it was easy to see that I could part with most of them. 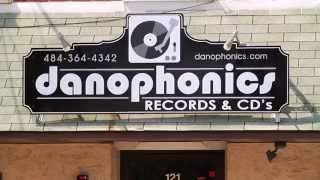 I took seven boxes of music CDs over to Danophonics, my local record store in Downingtown, where Dan (yes, there really is a Dan) was more than happy to take them off my hands. (It used to be that you could sell ordinary music CDs online, but with the value of CDs declining and the cost of postage going up, that’s no longer worthwhile unless you’re pretty sure you have a hard-to-find item on your hands.) I am saving the boxes I stored the CDs in, though — in two years my “active” music collection has grown again to the same size it was before when I complained it was too large. Maybe next weekend I will go through it again and pull out a few hundred more CDs I am not sure I really need to keep.